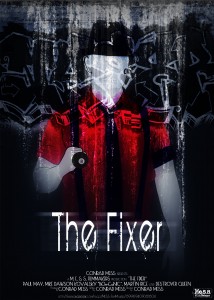 Conrad Mess… Where were you?

This is a question that some people has asked me because my last short film “The Other Side” was premiered in Youtube in january 2014… and that’s 2 years ago!
The fact that I didn’t premiere a new movie doesn’t mean that I wasn’t doing anything, I know that since I premiered my first movie in 2011 (5 years ago) I was making movies in a row, one project after the other, to me, that was a way of learning because, as many of you already know, I never went to a film school. I know I still have a lot to learn, but let me tell you what has happened in those 2 years and why you didn’t see a new movie from me.
During the first half of 2014 I was shooting a couple of commercials, that I couldn’t share because of the rights, you know, and I also directed a pilot episode for a TV talent show for the internet that was shot on an iPhone also. This projects took me to end of may, and after that, I had to make a decision, to start a new short film project or start to think bigger, so I decided to go big and I wrote my first script for a feature film, “Dead End”, a road movie.

As I do my filmmaking things in my free time, it took me until october 2014 to finish the script, a 150 pages script, obviously I had to shrink it, and when I finished, the same month, it had finally 120 pages. Since then we have been searching for funds, we already have a part but still have to be working on that, so in the mean time, as we get the funds, I decided to start a new short film project, so I wrote “Desert Eagle”, my most ambitious film so far. 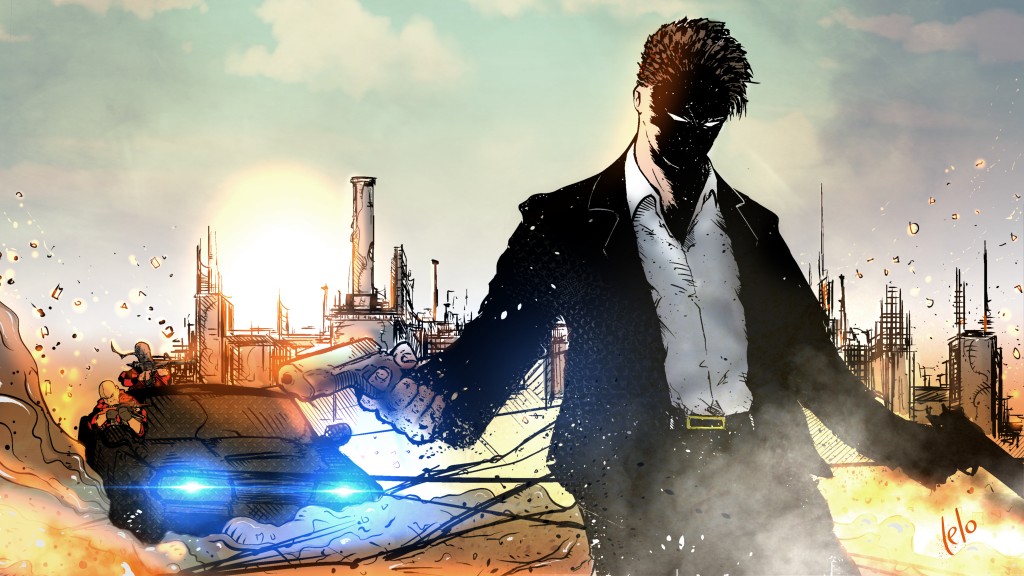 Our idea was to shoot it in January in Phoenix, with my good pal Phillip Felice (you know him as founder of Smatphocus and Bridge Optix) and my also good friend Neill Barham (founder of Cinegenix and Filmic Pro App). We decided to shoot it in january, there’s always good weather in Arizona, but Phil thought that his good friend (now mine too) Alex Corn, could do an amazing job as producer, and he joined our project as producer, we also decided to shoot it in New York City (where Alex lives), the most cinematic city of all time, but as the weather there is very cold until may we decided to shoot it in may 2015.
Here’s when the problems started, as I said, “Desert eagle” was my most ambitious project and when we finished the budget, the movie turned out to be 3 times more expensive than what I thought it was gonna be. We were thinking about how to get those extra funds, and my good pal  (I have to say that I’m very lucky because I have friends all over the world helping me) Glen Mulcahy (organizer of MojoCon, the biggest and best conference about mobile journalism and smartphone filmmaking) introduced me to some people in Samsung and we were talking about the posibility of shooting the movie with their new Galaxy, but finally we didn’t get a deal, anyway I’m very grateful to the people of Samsung because of their time and the fact that they wanted to help me.
All this took me to june 2016, so I decided to write a new script (I’m very lucky because stories come to me very easily) and I wrote “Time To Pay Off Debts”, an actors’ movie, almost without VFX, cheaper and easier to shoot than “Desert Eagle”. Finally we shot it in october/november 2015, but as I always want “to go a step forward with iPhone filmaking”, and because we didn’t have time to finish the shooting, this thursday I’m gonna be shooting the last shots of TTPOD from my house in Spain, being the set in NYC. I’m pretty sure that this is something never done on an iPhone…
Next month I will release a teaser trailer, and the movie will be premiered in april.
So this is what I have been doing during this last two years. I have to say that my intention, once this movie is finished and while we get the funds for Dead End, I want to go back to my prior way of working, I mean, project after project without stopping, my brain is burning with ideas, some of them I think you can find interesting, one of them I still didn’t know if it is even possible to do it (a new step forward for iPhone filmmaking) but I keep this for next week in a new blog entry where I will tell you about my incoming projects.

Today I want to introduce you to my friend Javier Horrillo and his company “Virtual Art“. I met him when I was searching for someone who could be able to  achieve the VFX of my film “The Other Side“. I know a bit about VFX, but with this project I wanted to achieve something never done before in an iPhone movie (actually it was 2014 when we premiered the final version of the film in youtube, and there’s still nothing close to it regarding VFX), and I knew I wasn’t able to achieve the quality needed for that project. So I was searching and I saw a short film directed by my also friend Nacho Ruipérez, “La victoria de Ursula“, where Virtual Art make a part of the VFX. I contacted them, and we are good friends since that moment.

Now back to the present, I wanted to shoot in 2015 my most ambitious project “Desert Eagle”, but it became more expensive than what I though, so I wrote a new script, a movie with people, without VFX, as cheap as I could write it, and that’s how “Time To Pay Off Debts” was born. TTPOD is an actors’ movie, just people talking, a B/N noir film. But, as always, once the movie is finished, multiple ideas came to my head and burned in my brain, little details that I think can make the movie better, and these ideas, once they grow in my mind, never go away, so I feel obliged to use them or probably my head would explode. Why I’m telling you this, because my good pal Javier and Virtual Art, will take care of these details and I’m sure that they will do an amazing job, as they always do.

I want to talk you about one of this “little details” that I want to add to my movie with VFX. This shot will be entirely computer generated and is something never done before, even in a Hollywood blockbuster, at less that I know… and if we are able to make it… it will be awesome.

And their reel if you want to see more of their job.

A few days ago I was talking with my good friend Neill Barham, CEO and founder of CInegenix creator of Filmic Pro App, and we talked about that some people think that I’m some kind of piooner (that’s an honor for me) because I like to push the limits of the iPhone filmmaking with my projects, “The Other Side”, “Desert Eagle” or the incredible VFX shot from “Time To Pay Off Debts” that I was telling you just a few seconds ago, well, here’s a new step forward i this eagerness for being a piooner:
I’M GONNA SHOOT A MOVIE  DIRECTING IT THROUGH SKYPE XD
Actually it is not a new movie, when I was shooting TTPOD in NYC, we ran out of time, so I couldn’t take some shots that I think were very important, so this february 25th, I will be directing a movie in NYC from my house in Spain. Everyone has everything fully clear to make this shooting as easy as we can, I just hope that Skype works perfectly.

“Time To Pay Off Debts”. The Backroom Bar (NYC)

Today I would like to show you the amazing location where we’re been shooting, The Backroom.

“The Back Room is one of only two speakeasies in New York City that operated during Prohibition and is still in existence today. It is a timeless example of the underbelly of New York past. The original 1920’s speakeasy, known simply as “The Back of Ratner’s,” played host to many theater and movie actors of the “Roaring Twenties,” as well as famous gangsters of the era. These gangsters included Bugsy Siegel, Lucky Luciano and Meyer Lansky.  They were known to use the space for “business meetings.”” (www.backroomnyc.com)

It was a pleasure to work in such an iconic place, I’m very grateful to the manager, Pete, and all the crew that helped us at any moment.
Here you have a video from THE TRAVEL CHANNEL and some pictures of our shooting at The Backroom. 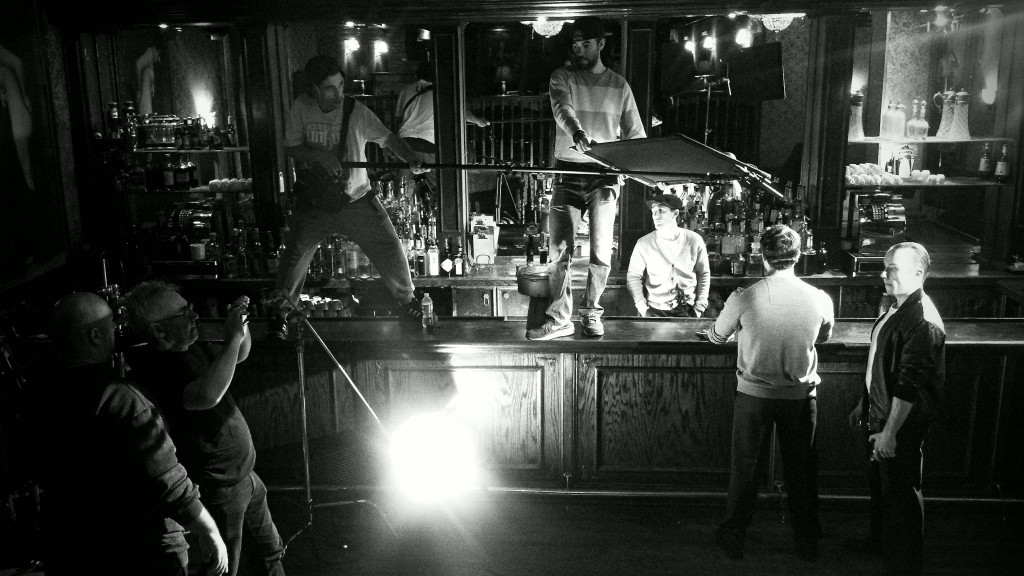 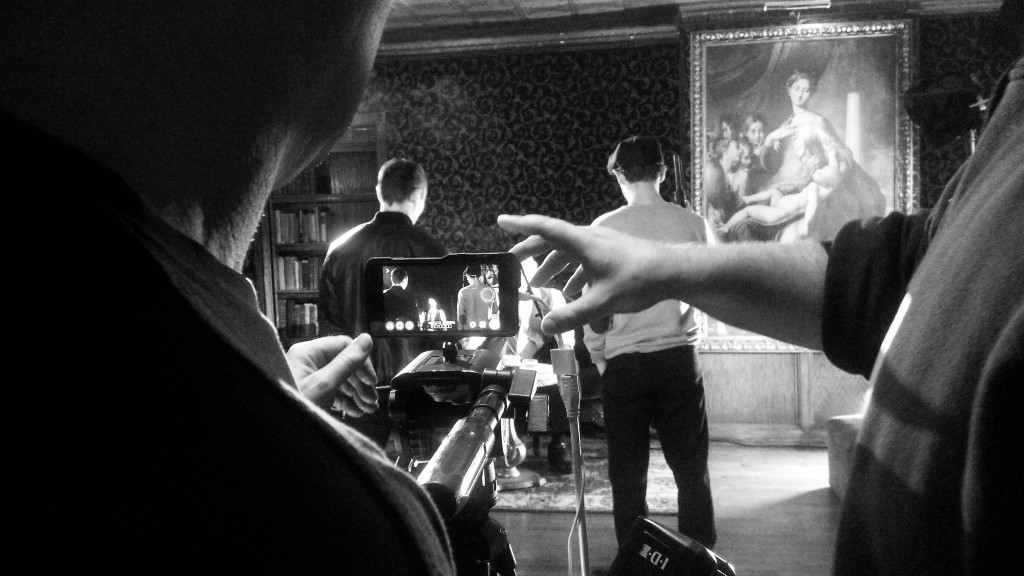 “Time To Pay Off Debts” VFX

If you have seen something of my work, you already know that I like to improve my movies with VFX, I’m not talking about big explosions, blood splatters and all that stuff (that I also love to use, of course), I’m talking about little details that give your movie a much better look and, (and this is important) fix some mistakes that you made in the shooting. This is one of these situations.
I’m pretty good with continuty, I mean, as I write my own movies, I always know who has what in each moment or where was everything, but I’m not perfect. In this case, my actor and good friend Franco Quartuccio should have had a cigarrette in his mouth, but I forgot it, so I’ve had to use another shoot where he was smoking and make a composition to add the cigarrette to his mouth, obviously you can’t see it in this frame but there’s movement in the shot.
I also added some lens flare and color grading. Smoke and DoF are also fake.
Here you have the original shots and the final composition. I hope you like it! 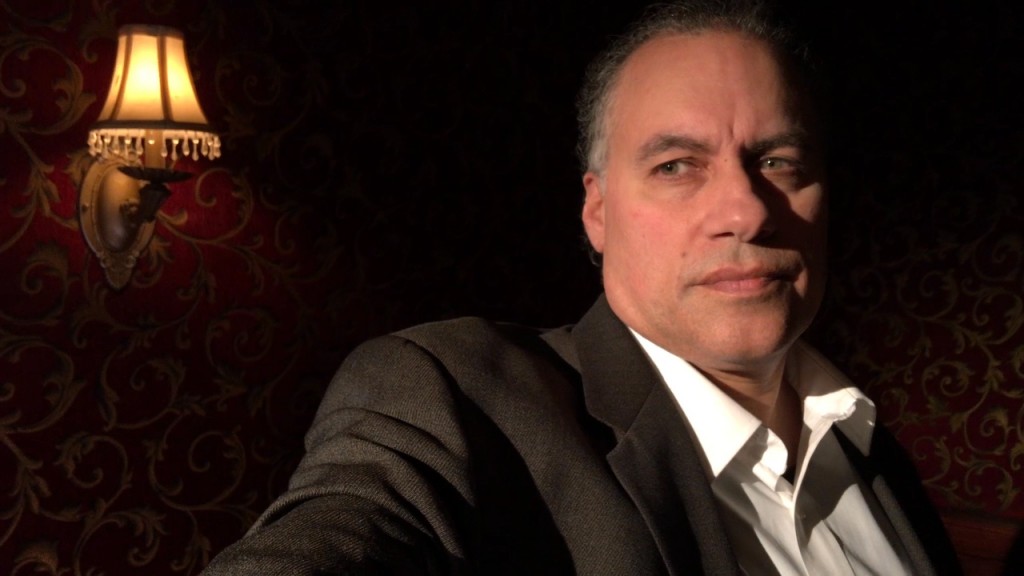 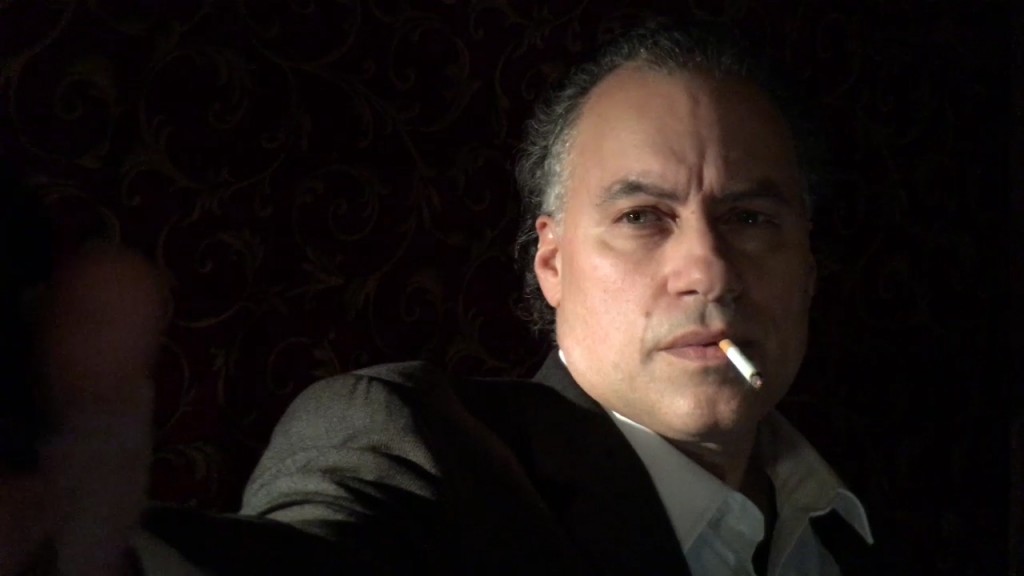 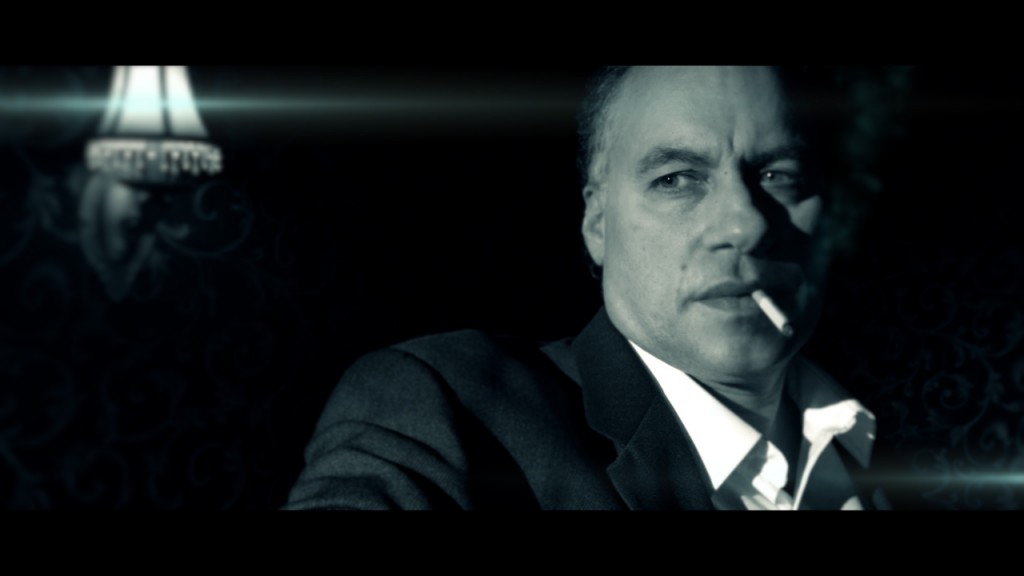